How it all got started...

On a recent cruise to the Caribbean, Ken Burgener, founder of Carefree Birding, stepped ashore at a Mexican port and within one-half hour had sighted six lifers. This started him thinking that others would enjoy this type of birding (short tours, close to port) with time left over for enjoying the sights, sounds, and bargains of the ports of call. Thus was born CAREFREE BIRDING, a merger of cruising and birding.

Carefree Birding’s philosophy is to have fun. We want to make everyone’s trip enjoyable and make it easy to add to one’s life list. We offer low cost group rates, fellowship with other birders, fun discussions and birding games on board ship. Traveling with someone who is not a birder? No problem — with limited time apart, there will be plenty of activities onboard the cruise ship and other shore excursions available to keep them busy.

CLICK HERE TO READ OUR ARTICLE IN PORTHOLE MAGAZINE

Ken has worked with both the National & Florida Audubon Society in their educational departments. He served over 5 years as a board member of the Broward County Audubon Society. For over twenty years, Ken has taught beginning birding to kids through seniors. He has taken thousands of people birding in the Florida Everglades. He calls himself an “entertaining environmental educator”. He says, “I love to teach beginning birding because I can relate to the excitement of a beginner.” 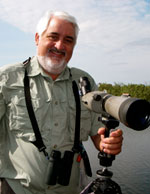 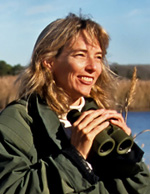 Dale Rosselet has been with New Jersey Audubon Society 1983. She has worked in the education department as teacher naturalist, director of education, and currently is New Jersey Audubon Society’s Vice-president for Education. Dale is a New Jersey native, having grown up near the Great Swamp in northern New Jersey and now resides in Cape May County. She has been leading domestic and foreign tours for New Jersey Audubon Society for the last 12 years. Domestic tours led include South Florida and the Dry Tortugas, Texas (Rio Grande Valley and Big Bend area), Washington State, and Montana. She has also led tours to Churchill and Manitoba, Costa Rica, Venezuela, Panama, Peru, and Mexico.
In addition to the above, Dale is co-author of the Society’s teacher education curriculum guides; Bridges to the Natural World, New Jersey WATERS: Watershed Approach to Teaching the Ecology of Regional Systems, and the Society’s newest book Wild Journeys: Migration in New Jersey. She has written for New Jersey Audubon as well as co-authored articles with her husband, Kevin Karlson, for Wild Bird magazine.

Kevin Karlson is an accomplished birder, professional tour leader and wildlife photographer who has published numerous articles on bird identification and natural history for an assortment of magazines, journals, calendars and CD/DVDs. A former photo editor for North American Birds, he currently writes the Birder’s ID column for Wild Bird Magazine. Kevin is a co-author of The Shorebird Guide (Houghton Mifflin Co. 2006) and is completing a new book for the Roger Tory Peterson Reference series at Houghton Mifflin Co. called Birding by Impression. He is the author of a photography book called The Birds of Cape May (Schiffer Publishing, 2010) which celebrates the birds and wildlife of this special location with a visual journey through the four seasons. Kevin also participated as the photographic editor for a recent book The Birds of New Jersey (Princeton University Press, 2011). At present, he is preparing an Advanced Shorebirds application (app) for the Apple app store with Birdzilla (www.Birdzilla.com).

As the sole ornithologist for Cornell Lab of Ornithology’s DVD Birds of North America, Kevin prepared photos and wrote captions for over 2600 bird images, including over 800 of his own.  He also wrote the shorebird section for a Field Guide of North American Birds by DK Publishing in Great Britain (2008). He is a regular presence at numerous Bird and Nature festivals around North America, where he gives keynote presentations and workshops on bird identification and natural history, and leads field trips to a variety of locations. Kevin also leads a select number of photography and birdwatching tours.

Some of his annual venues include: The Rio Grande Valley Bird Festival in Texas; Galveston, Texas’ Featherfest Bird Festival; Space Coast Bird Festival in Titusville Florida and Cape May’s Annual Spring and Fall Weekends. Kevin also participates as a photography instructor at the prestigious Florida’s Birding and Fotofest in St. Augustine every April. 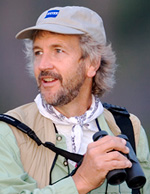 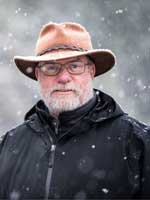 Kevin Loughlin was raised to appreciate nature while exploring the woodlands of Pennsylvania as a child. At age six, during a family trip through the American West, Kevin became fascinated with photography as well seeing the new and different birds throughout North America. Instilled with a love for travel and seeking new, exciting destinations he felt a desire to share his experiences with others and in 1993 he created Wildside.

Kevin’s photographs and articles have appeared in publications such as WildBird, Nature Photographer, Audubon, Birding and Philadelphia Magazines, as well as the many natural history books, including the new “Peterson’s Reference Guide to Owls of North American and the Caribbean” by Scott Weidensaul.

Carlos was born in Panama City in 1978 and raised in the small rural village of Huile, next to the Canal Zone. It was here where he learned many lessons of nature from his mother and grandmother, both of whom were deeply connected to nature and involved with conservation. After high school Carlos was awarded a scholarship to Mt. Hood Community College in Oregon, where he studied natural resources and received his first formal training in ornithology. Carlos began his career at the Canopy Tower in October of 2000 and has since attended numerous birding conferences and conventions in the US and Great Britain, where he led tours, workshops and presented programs on Panama birds. Carlos is a very popular and a much-requested guide, a testament not only to his birding ability, but also to his sincere friendly demeanor. When not guiding, Carlos is busy at the office working on marketing and other projects for the Canopy Tower & Canopy Lodge. 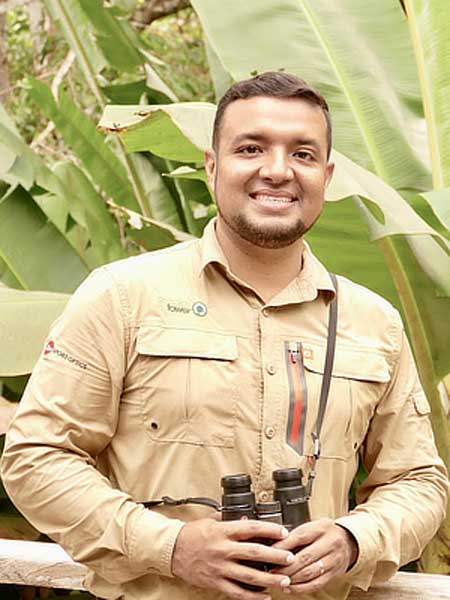 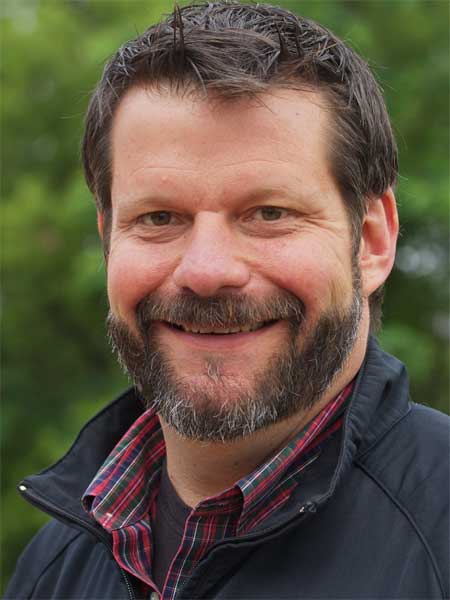 Jeffrey Gordon is the past president of the American Birding Association. Jeff is also a well-known writer, photographer, and naturalist. He is a frequent speaker at various birding and nature festivals and has led birding tours around a goodly portion of the globe, especially in North and Central America. He loves to travel, especially in the company of other birders, and has found such journeys afield to be some the most educational, memorable, and enjoyable times of his life. The American Birding Association inspires all people to enjoy and protect wild birds and offers a wealth of resources for birders, as well as providing a suite of effective conservation and community programs that aim to build a brighter future for birds and for birders. For more information on the ABA and on Jeff, visit www.aba.org.

Liz Deluna Gordon has been a birder for 27 years. She got her start in the Lower Rio Grande Valley of Texas where she first discovered Plain Chachalacas, the previously-unknown source of the ear-splitting noises that had awakened her on many a spring morning. After her eyes were opened to the Valleys tropical birdlife there was no stopping her. She decided her goal in life would be to introduce as many people–especially kids–as she could to the idea that birds and bird habitat were worth caring for and protecting. She became a champion of developing the local economy by caring for birds and plant life, and visiting birders. As a member of the team that founded the Rio Grande Valley Birding Festival she has been hugely successful in accomplishing her goal. Liz met Jeff Gordon while selling Green Jay t-shirts for the Rio Grande Valley Wildlife Corridor Task Force and he was the first person she called once she decided to help organize the RGVBF; 20 years later they married and have been birding together ever since. Now she works by his side at the American Birding Association keeping her goals alive; a passion for birds and their habitats, birding and the birding community drives her every day. 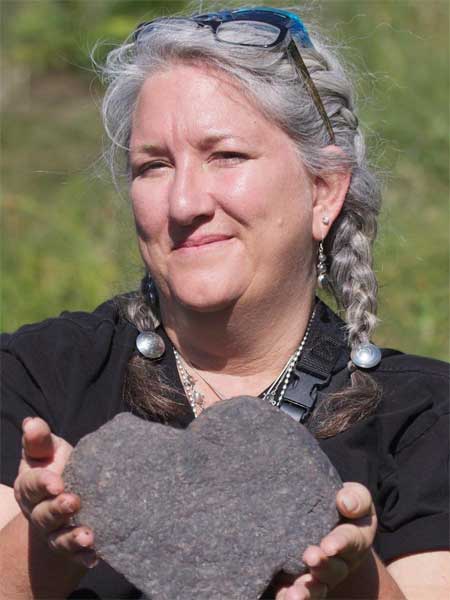 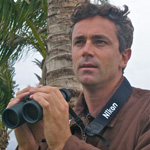 A life-long wildlife enthusiast and native of South Africa, James Currie is fastbecoming one of the most recognizable faces in birding and wildlife in North America. James hosts the popular birding TV show, Nikon’s Birding Adventures, now in its 6th season on national TV. He also hosted the popular action-birding show “Aerial Assassins” on National Geographic WILD, aired in the United States and worldwide in 2012. He has led professional wildlife and birding tours for over 15 years and his passion for birding, adventure and remote cultures has taken him to nearly every corner of the globe. James has appeared as a special guest on various TV shows and radio, including Martha Stewart Radio, and has been the subject of several newspaper articles. James filmed for, consulted for and provided footage for the 2011 Hollywood birding movie, “The Big Year”, starring Steve Martin, Jack Black and Owen Wilson.

James Currie is a highly sought-after public speaker and has spoken to sold-out audiences at various venues including the prestigious Explorers Club in New York City, The G2 Gallery in Los Angeles, The National Audubon headquarters in New York City, humanitarian fundraisers and international conservation conventions, birding shows, the annual Educational Travel Conference and The Adventure and Travel Expo.

He is an expert in the field of sustainable development and holds a Bachelor’s Degree in African Languages and a Masters degree in Sustainable Environmental Management. His dissertation received a distinction and has been used as a model for assessing the relationships between wildlife areas and local communities. James presented his dissertation to the Icelandic Government in 2001. One of his passions is forging links between local communities, wildlife and international travelers. From 2004-2007 James worked as the Managing Director of Africa Foundation, a non-profit organization that directs its efforts towards the upliftment of communities surrounding wildlife areas in Africa. He has extensive experience in African wildlife, including walking game on foot.

James is a highly respected blogger on 10,000 Birds (www.10000birds.com), receiving over 100,000 visitors a month. He has contributed to several publications, including the acclaimed Southern African Birdfinder and Wildwatch.

In late 2007, he immigrated to the United States with his American wife and three kids and he currently resides in West Palm Beach, Florida.

Have a question? Or would like to know more about a certain cruise? Please us know.